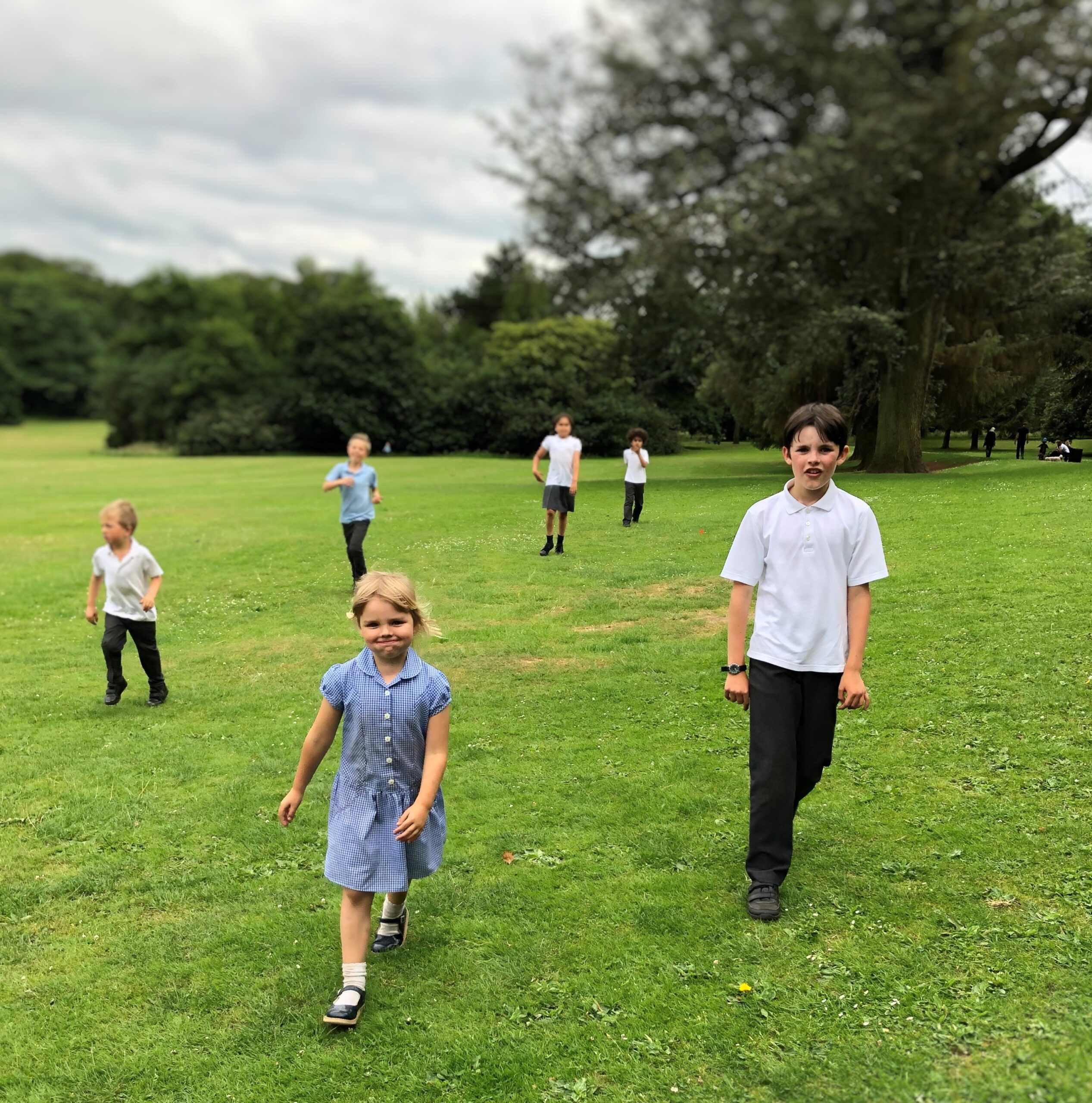 One of ROAM’s objectives is to inspire parents and caregivers in other communities to give their children the freedom to roam. In the second in her blog series, ROAM’s Laura Billingham describes how she and a friend gave their own children this experience close to home in Bearwood.

A year or so before I joined ROAM as a session leader, I realised my children were missing out on the kind of freedom and independence we promote in ROAM sessions. Apart from camping trips where we felt they could safely roam around the campsite with new found friends, they were having none of the independent play opportunities that I had come to realise were so important in my own childhood. They were completely dependent upon adults to accompany them to the places they played even though we only live one street away from the park. A good friend shared these concerns for her children too and soon after we began ‘roam and play’ sessions after-school in our local park, Warley Woods. They were very much like ROAM sessions, only with a smaller group of friends and their siblings – and sadly no walkie talkies for us to play with! The grown-ups stayed on base and the children were free to play within the park boundary with a few rules that were agreed amongst the group. The benefits were immediately apparent – the children loved the sessions and asked everyday if they could roam and play, and we could see they were gaining all the benefits of free play in a natural environment. It was fascinating to watch the younger children roam further and climb higher, perhaps more instinctively, than the older ones at first and we wondered if the older children needed more time to release themselves from some of the restrictions we had been placing on them. Over time, we grew in confidence together and I learned to manage my own anxieties about their increasing independence. Although I am trained and experienced at promoting children’s freedom and supporting risky play at work, as a parent my anxious inner voice still whispered “What if…?”

Watching my children in these sessions as they played independently, assessed and managed risks, solved problems and conflicts, made decisions, kept themselves safe and sought help when needed, I realised just how capable they are and I gained a new level of trust in their judgement and abilities. I believe my children are learning to make good decisions by having the opportunity to make their own decisions. They will make mistakes, as we all do, but they will learn from them and they know where to come for support. My eldest is now in his last year of primary school and we think roam sessions really helped to prepare him for secondary school. He is more confident and familiar with our local area and has been playing out without our involvement for the last year – giving him vital social contact with his best friend during lockdown and taking some of the pressure off us whilst we are working from home – with the added benefit that he will pop to the shops when we have run out of milk!

We are always keen to hear from people who are already doing something similar, or who would like to start. We’d love to support you in getting started. Do get in touch here!